Here are a few pictures from various performances over the last couple of years.  Special thanks to my friend Pat, who took most of them. 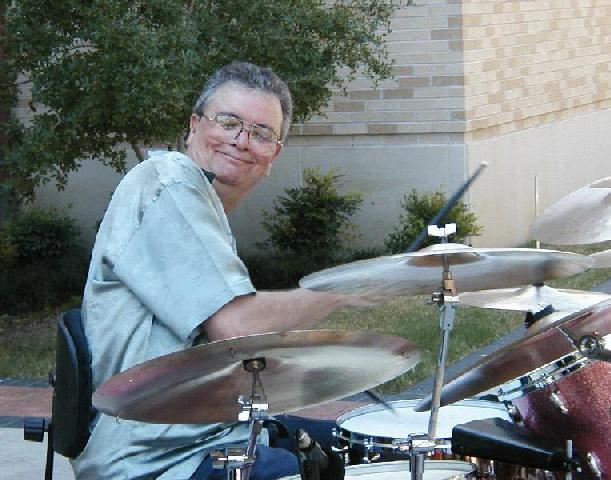 This is one of my favorites.  It was taken in Sherman at a show with the classic rock band Day Job Refugees.  Yes, I was having a good time. 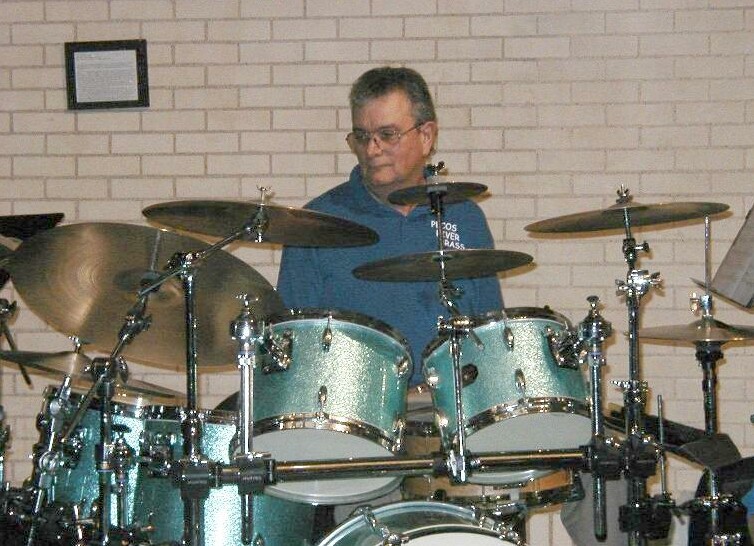 This one was taken in December 2002 at a PRB Christmas concert at Northpark Mall.  I came up with this setup because it took about the same space as a four piece, but let me use more drums. 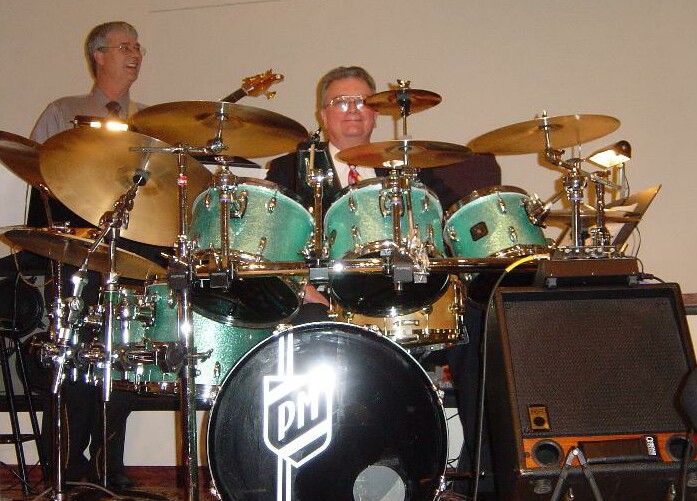 Another PRB gig, this time at Wylie United Methodist Church for Valentine's Day 2004.  Can you tell I love playing these drums? 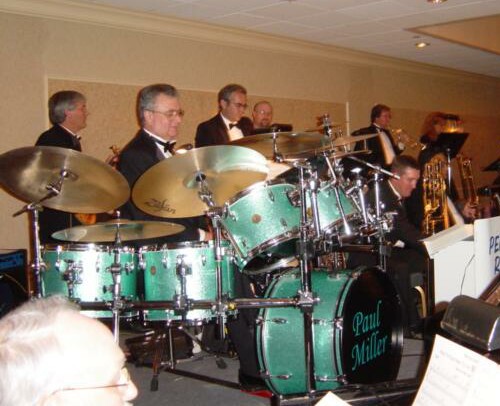 A formal dance with PRB for a national train convention in June 2003. 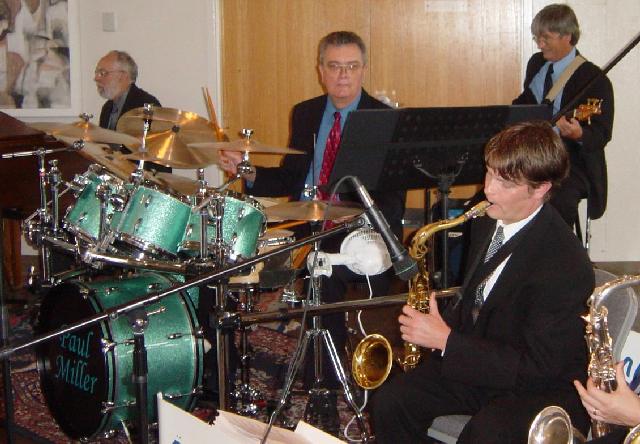 Playing with PRB at a former member's wedding.  A memorable day for all. 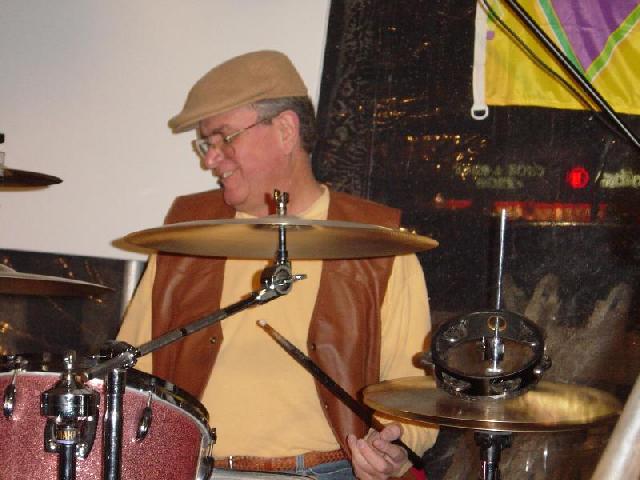 It's always fun when there's room on the stage for a larger set.  This picture is from October, 2004, another gig with TRBB, this time at Django on the Parkway. 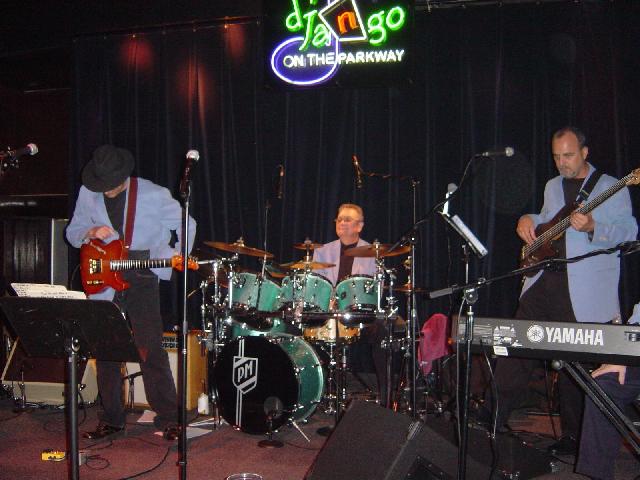